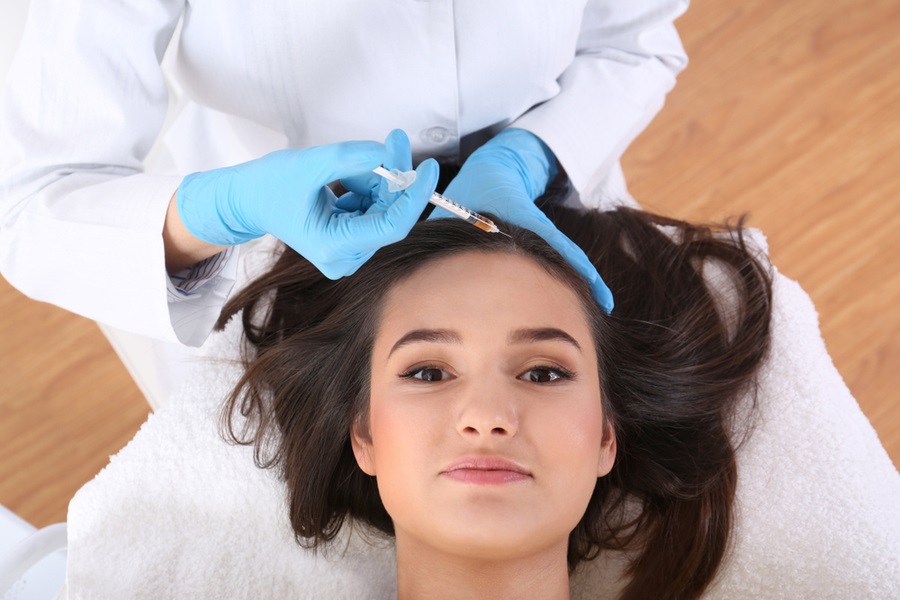 Stem Cell - Autologous Tissue Suspension - Micrograft Method is a safe and effective new technique developed in recent years to combat androgenetic alopecia and other hair loss problems. The application is a single session.

In practice, the cells collected from the patients' own bodies (from the scalp for hair treatment) are processed and injected, thus increasing the number of progenitor cells in the treated area.

This technique was created as a result of many clinical studies based on the presence of follicle cells and supporting stem cells and support cells in the tissues. All the processes of collecting cells, preparing tissue suspension, homogenizing and activating are completed by physical processes.

How long does the application take?

Stem Cell - Autologous Tissue Suspension-Micrograft Procedure is very comfortable and is performed in clinics in about 30 minutes using local anesthesia and people can return to their daily activities immediately after the application. After the procedure, the regeneration of the capillaries that feed the hair follicles begins.

Then, the tissue fed through these capillaries begins to heal with the effect of the progenitor cells added to it. Since the process is biological, although it varies from person to person, the effect begins to be seen after 3 to 4 months. However, the visually noticeable effect is achieved after about 6 months.

Is it safe? Are There Any Side Effects?

The products used in this technology are T.C. They are products that have been inspected by the Ministry of Health and have Class IIa CE Certificate.

Since the person's own cells are used, it is a natural, safe and side-effect-free application. It improves hair quality as it allows the scalp to heal and the hair to return to its normal cycle.

How Many Sessions Are Applied?

A single session of Stem Cell - Autologous Tissue Suspension is sufficient. After the application, the effects of the process that starts with the regeneration of the capillaries begin to be seen within 3-4 months.

Are There Any Side Effects?

Since the person's own tissue is used completely, no harmful side effects are expected. With this technique, in which our own cells are used, the scalp and existing hair density are improved and new hair follicles are grown.

This application allows the hair to return to its normal cycle. Since it also increases the density and thickness of the hair, it brings hair loss to its normal course. It also triggers new hair formation, allowing us to obtain a better image.

Is it used instead of hair transplantation?

It can also be used in hair transplant processes when necessary, but it is not an alternative. It accelerates the recovery time in hair transplantation, thus minimizing complications and providing effective results in a very short time.

When to Get Results?

Although it varies from person to person, the effect begins to be seen after 3 to 4 months. However, it visually shows its real effect after 6 months.

Regain Your Health In Istanbul 20 plus years of experience Explore more Everything you need for your teeth Explore more Get a FREE Quote

Start your journey towards a successful transformation & vacation
Subscribe to newsletter

Subscribe to our newsletters and do not miss the latest news about Boost Sports Activities.